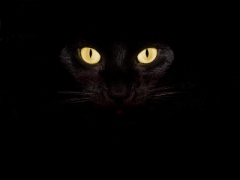 Cheshire Cat dissipates,
stripes drift from wonderland
as though he was never there,
never part of Tulgey Woods
where eyes hang at night
like miniature moon drops.

Providing paw prints
and parentage,
he changes his name
to Boris W. Pinkerton,
the ‘W’ impressive or so he thinks,
a delicious male title after years
of explanation on gender identification
and riddles surrounding
his pink princess palette.

He’s on a health kick, too.
Bounces on a Bosu.
Claims to tail curl 50 pound
weights when Zumba class
seems more credible
since he likes to get jiggy,
even joined a seniors’ dating site
to wink or grin at mollies
regardless of their status.

And travel plans are underway.
Sicily, Tuscany. Vineyards purrrrfect
for golden afternoons where a fat
indulgent tom might listen to Pavarotti
instead of tone deaf roses,
or court Italians with alluring accents,
all bellissimo – retire in a place
where catnip is lower class,
lapping wine shows proper pedigree
and flowers don’t need paint.

Diane Attwell Palfrey is a poet and prose writer and a long-time member of the Cambridge Writers Collective. Her poetry has been published by the Waterloo-Wellington CAA, Serengeti Press, Craigleigh Press, Hammered Out, The Ontario Poetry Society, Cruickston Charitable Research Reserve/RARE, Calvary Assembly, & several editions of Ascent Aspirations Anthologies. Diane was also the 1st place winner in the 2009 and 2010 Cambridge Festival of the Arts – Poetry Contests.